Many years ago Alicia and I decided that we'd prefer practical gifts for anniversary presents. We bought watches for our 1st anniversary (going with the clock theme). Second anniversary was a crystal vase and candy dish. Third anniversary was fireplace doors at our old house. Eighth anniversary was a new digital camera. Tenth was a trip to Eureka Springs and gifts. Last year we bought a house (little more expensive than we normally budget for gifts but when opportunity knocks...). Those that are missing we have no clue. We're sure we bought something but don't remember what it was.

This year we duplicated a gift. Fireplace doors again. We suffered through last winter without a fire. This year, we're ready to burn some wood.
Before 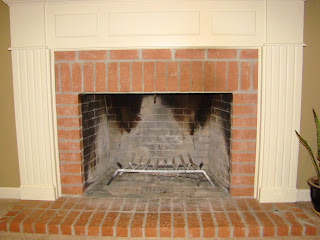 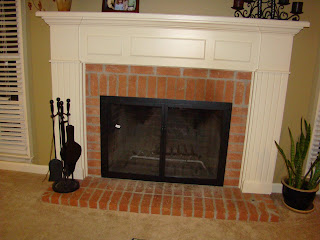