Usually on New Year's Day we climb Pinnacle Mountain.  This year we decided to go spend the night in a cabin at Crowley's Ridge.  And since we'd be passing several other state parks on the way we should visit and find their caches too, right?  So, the plan (pre-flood) was to get Hampson Archeological Museum, Herman Davis, Lake Frieson, and Crowley's Ridge on the way up.  Then Old Davidsonville, Lake Charles, Powhatan, and Mammoth Spring on the way back.  Reality turned out a little different.  Mother Nature again forgot to turn off the sprinklers so we had to modify some plans.  With the flooding there were concern we might not be able to get Lake Charles (the trail the cache is on is closed) so we added Jacksonport as an option.  We also weren't able to make it to Pawhatan (Hwy 25 was closed).  And, because of time (kids had fun exploring at Mammoth Spring) so we dropped Jacksonport too.  But, we still got 7 caches out of the trip.  So, 532 miles later, here's what we saw.

On the way up we decided to grab Lower White River Museum State Park, as we were passing by.  Lots of neat stuff in there from the bygone erra of steam boats and such. 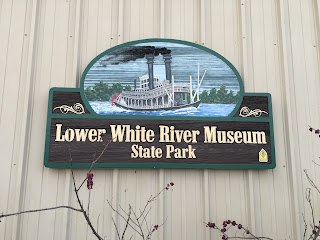 Next up on our travels was the Hampson Archaeological State Park.  It contains the collection put together by Dr. Hampson as he excavated an ancient village he found on his property.  The village no longer exists lost to modern farming but it was extensively excavated by him and later the U of A and others.  We didn't stay long (both because there wasn't much to see and also we were keeping the superintendent from her lunch). 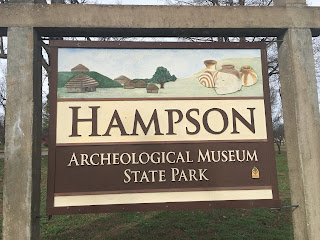 After grabbing lunch we moved onto the Herman Davis State Park.  It's a tiny (less than 1 acre) park dedicated to Herman Davis, a World War I veteran.  The park's sign sums it up better than I can, you'll need to click on this image to make it bigger. 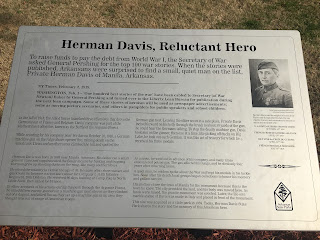 We then headed on up the road to Lake Frierson State Park.  Took a nice little hike up the hill.  Not much else to do in the park if your not fishing in the lake. 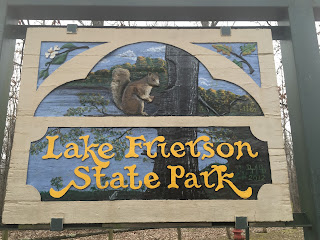 And we ended the day at Crowley's Ridge State Park.  Took a nice hike over a swinging bridge as well as several other bridges.  Found the cache, but no clue :(.  Apparently when they rebuilt the cache after it was stolen they forgot to include the clue.  The park superintendent and the new park interpreter were both aware of the cache but didn't know the clue.  The interpreter's going to track it down and email me.  In the meantime I've reached out to the cacher network and think I have the values. 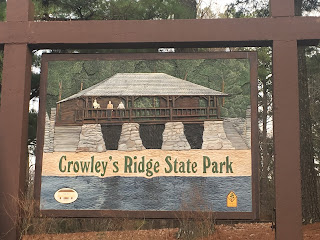 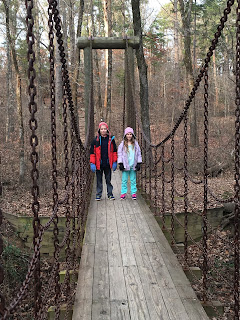 We spent the night in a fantastic cabin. 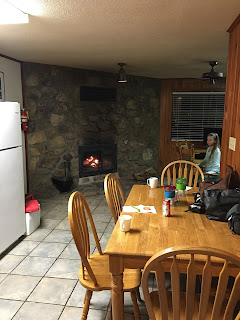 Friday morning we continued our trip.  As we were checking out we mentioned our plans and concerns about the road to Lake Charles and Powhatan possibly being closed and the superintendent confirmed it was indeed closed.  So, we marked them off our list and headed to Old Davidsonville Historic State Park. 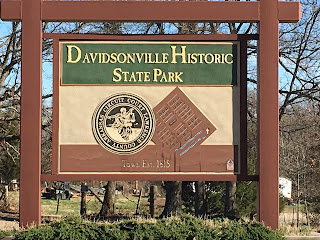 Then it was WAY up the road to the Missouri border (which actually involved a jaunt through the bootheel of Missouri to Mammoth Spring State Park.  We all stood in the middle of "State Line Road" to be in 2 states at once. 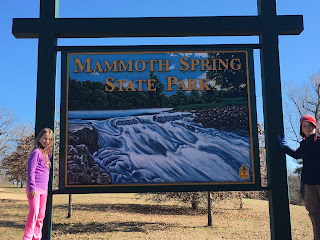 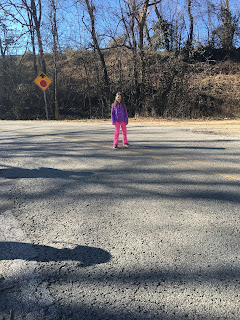 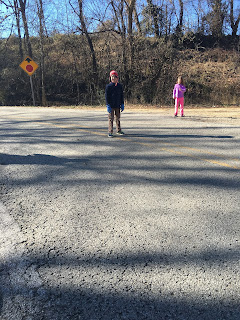 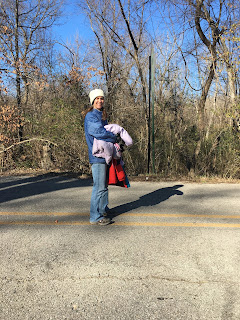 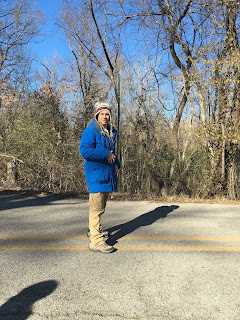