Hard to believe that 6 years ago we became parents.  Here's a few quick shots of the b-day boy with his new bike, his cake, and him gratiously sharing his new stuff with his sister. (I think he's figured out if he lets her play with one thing it keeps her occupied and out of his other stuff, either that or he was being nice.) 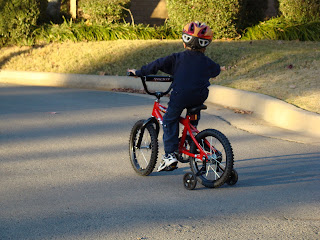 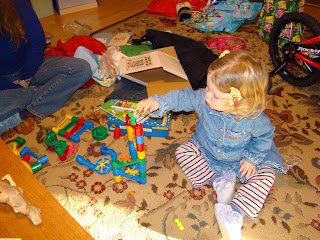 Emily was playing with the marble run. 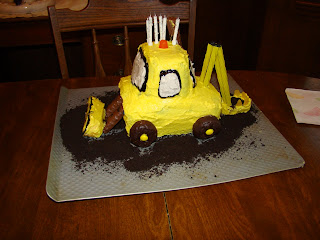 The cake Alicia created (with help from directions she found somewhere).  she claims to be no good at cake decorating but I'll let the evidence speak for itself.
Posted by Sam at 12:45 PM

COME ON! Mom is standing behind me and has threatened to text you every three minutes (that's like $2.00 per hour), unless you get Christmas pics up... QUICK.
Thought I'd let you know.